A few weeks ago, we celebrated this girl’s seventh birthday.  But, never fear.  Because it was her PARTY YEAR*, the celebrations didn’t stop with this Pinterest-worthy (I jest SO HARD) dirt/fish/worm cake.  No, my friends.  We still had The Greatest Birthday Party on Earth to come. 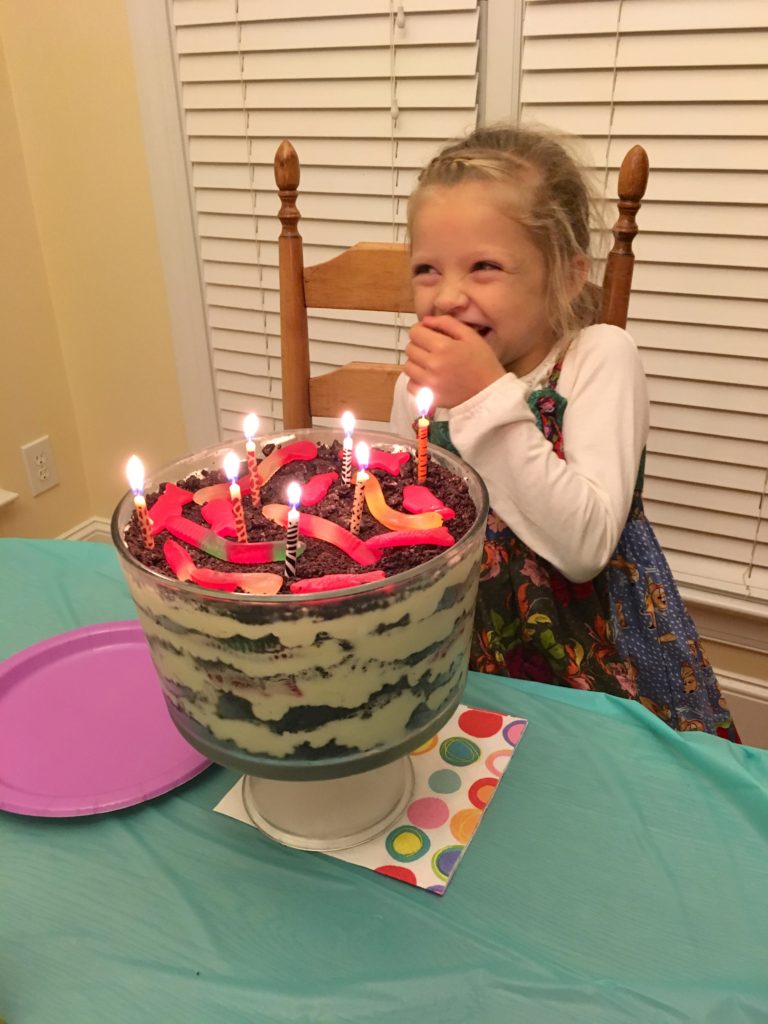 *Now, regarding the Party Year bit.  Early on, we established a doable birthday party rhythm in our family.  Essentially, our kids get a “big party” every OTHER year.  Because, let’s be real, I know my strengths, and that’s just what I have the capacity for, mkay?  This has worked beautifully for us, but if you just looove throwing big kid parties, you. do. you. 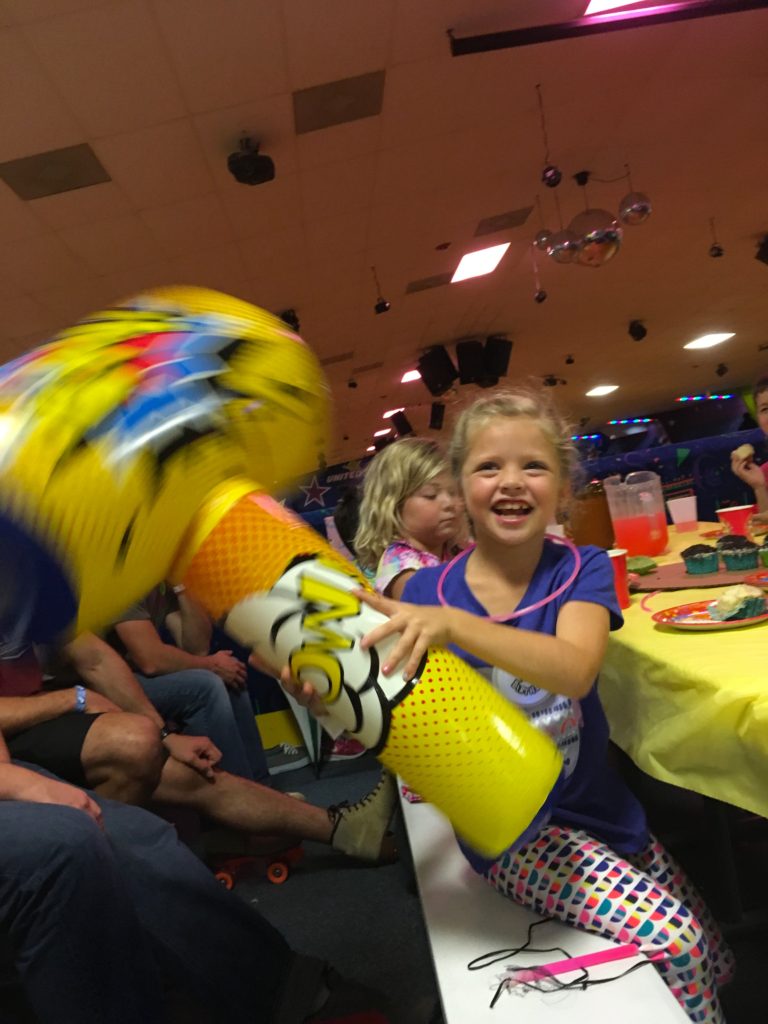 So, The Greatest Birthday Party on Earth.  Months and months ago, Mary Grace attended a party at a local skating rink.  This skating rink is as old school as they come.  Like, I’m pretty sure the only thing they’ve altered since 1987 are the songs flowing from the DJ booth.  Yes, DJ booth.  It’s as amazing as you’re imagining. 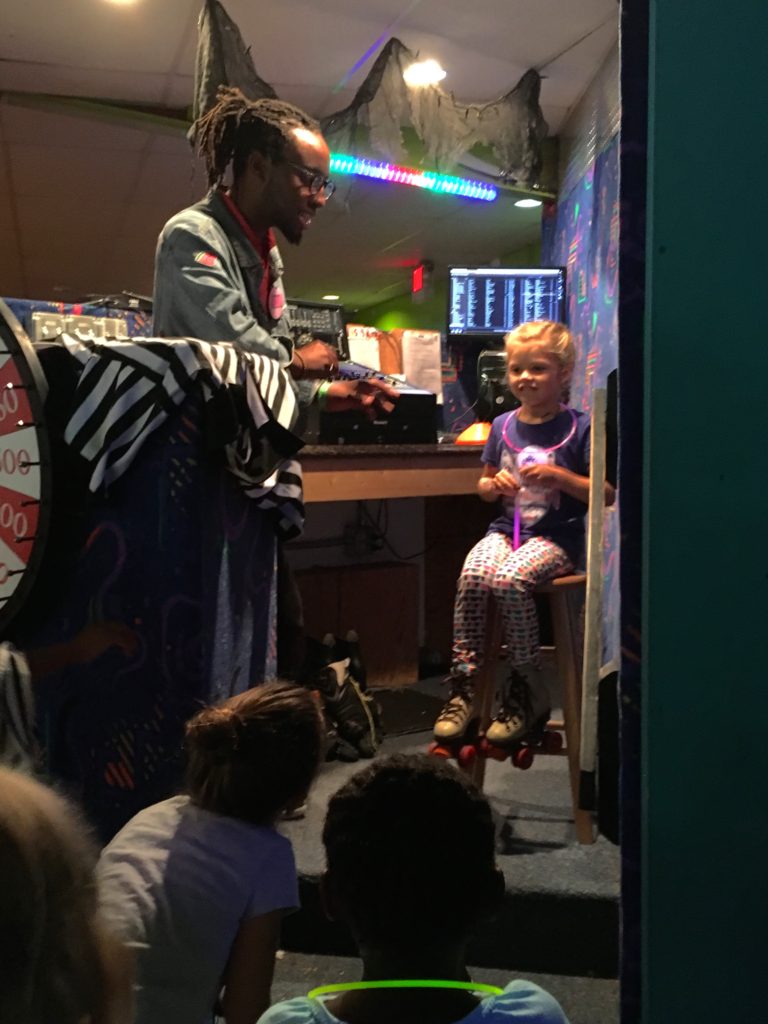 Old School Skating Rink happens to advertise that they offer the Greatest! Birthday! Party! on Earth!! So, naturally, it took one teeny glance at this slogan for Mary Grace to decide that this was it.  Because, for a kid who likes to live life BIG, it makes zero sense to do average when you can do THE GREATEST ON EARTH. 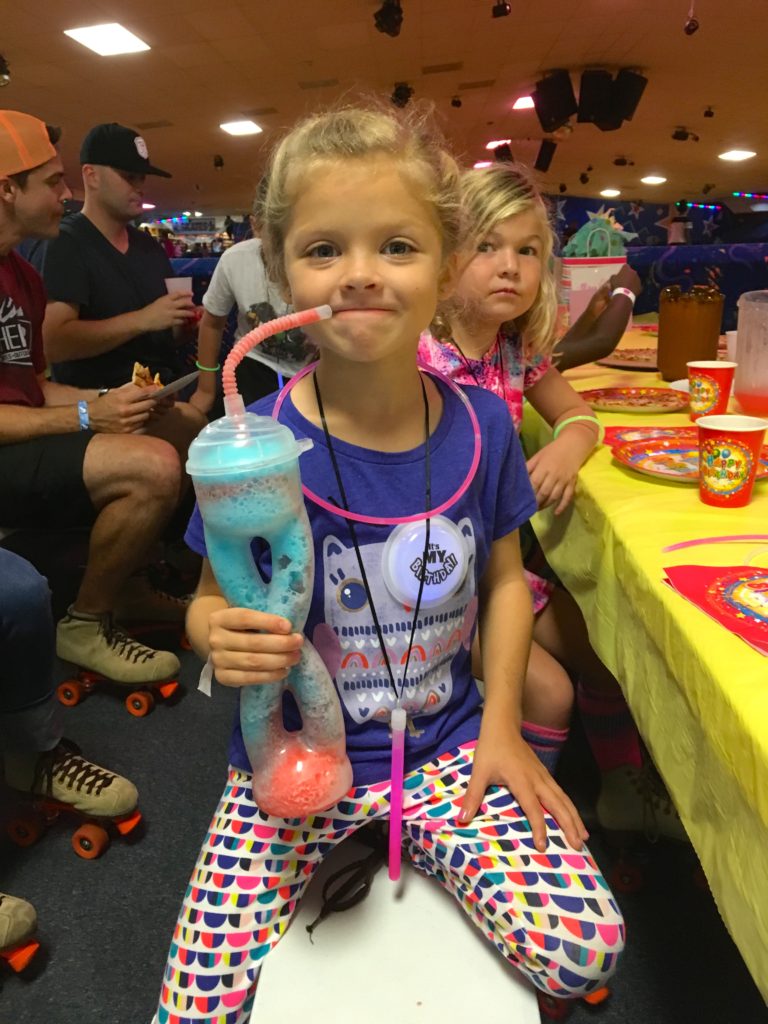 For months, she’s been talking about skating!  Games!  The DJ booth!  There was so much build up that I was moderately concerned that her own birthday experience would never live up to the hype.  And it almost didn’t.  Because, oh yeah, there was a tiny thing that swept through North Carolina called Hurricane Matthew, thrusting our city onto Weather Channel headlines.  On her birthday party day.  Fantastic. 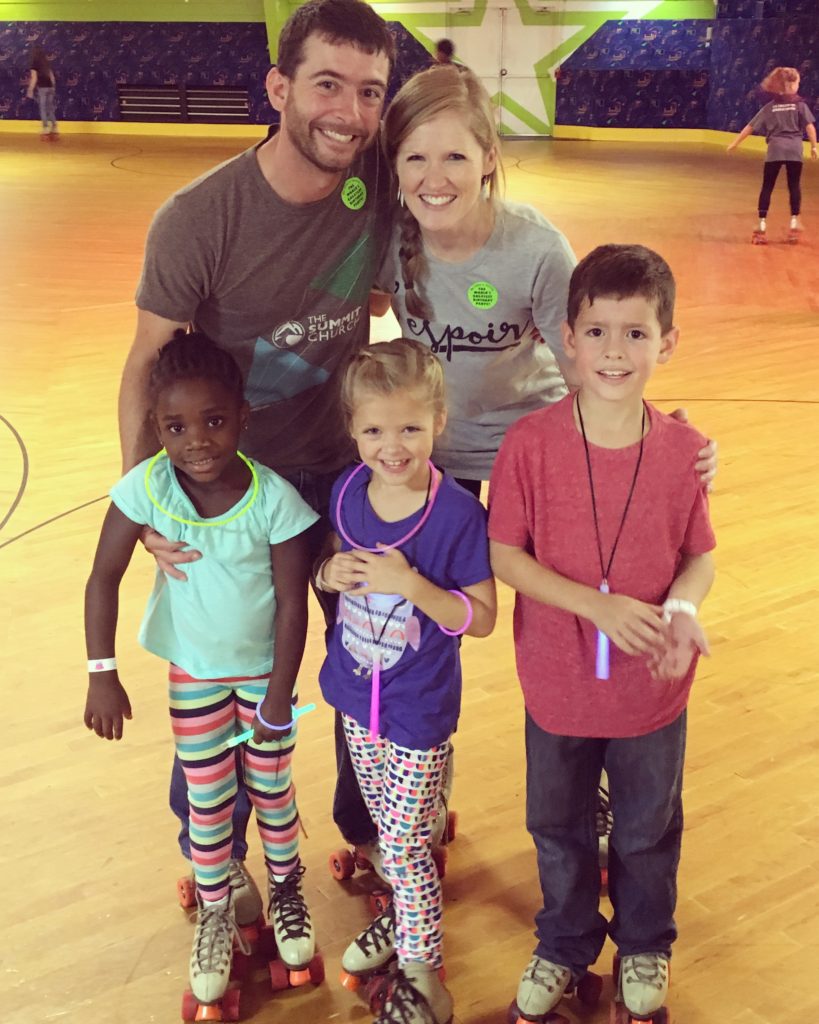 But people came.  People skated.  People ate.  People partied like it was 1987.  All the while, the hurricane was picking up, streets and businesses of the city were being flooded, and we were NONE THE WISER.  It was awesome. 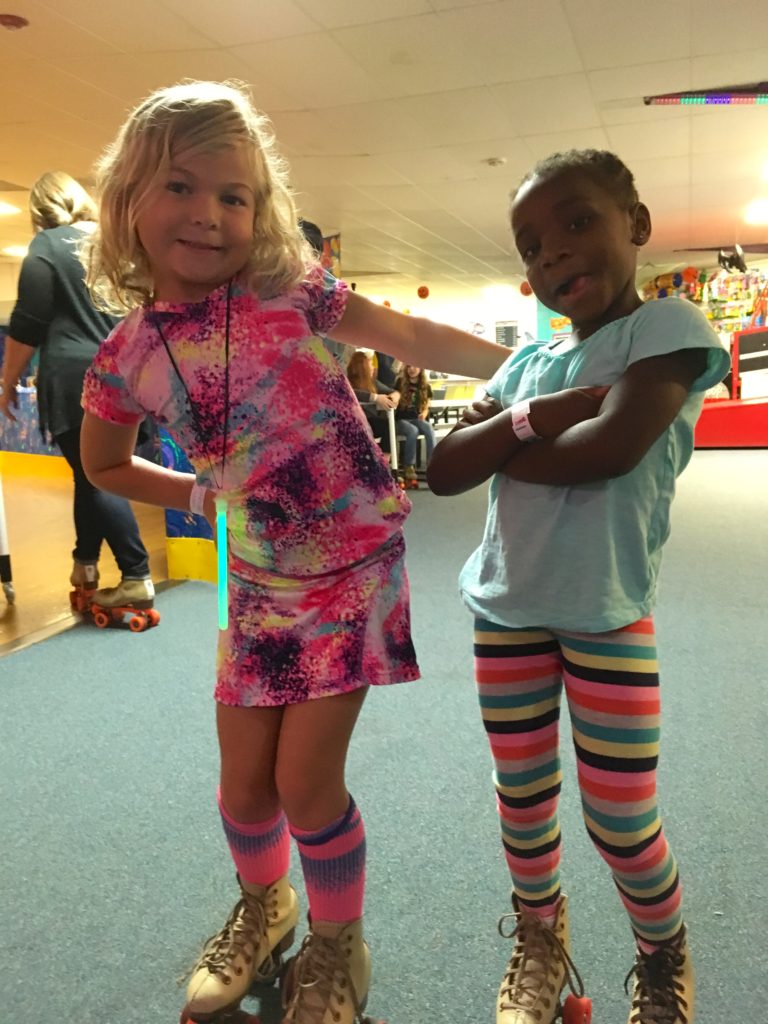 But was it the Greatest Birthday Party on Earth?  I meeeean.  It was pretty stinkin fun. 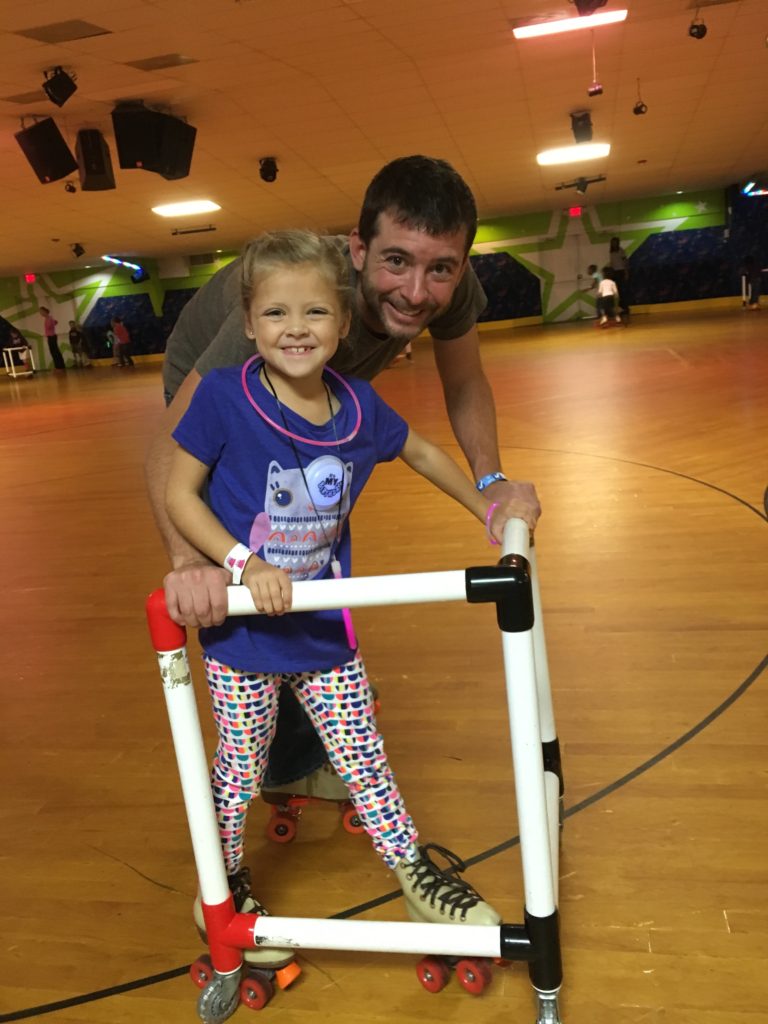 So fun that, as we packed everything up that day, I told Matt that I may have to schedule MYSELF a party there.  Because some people go big for the big 3-0.  Or, sure, for their 40th.  But I’ll be 34 in a few short months, and 34 gets no love.  I’m pretty sure the big 3-4 calls for a lil Mariah, a lotta Debbie Gibson, and the ever-romantic Couples Skate.  Greatest on Earth, y’all.  Who’s in? 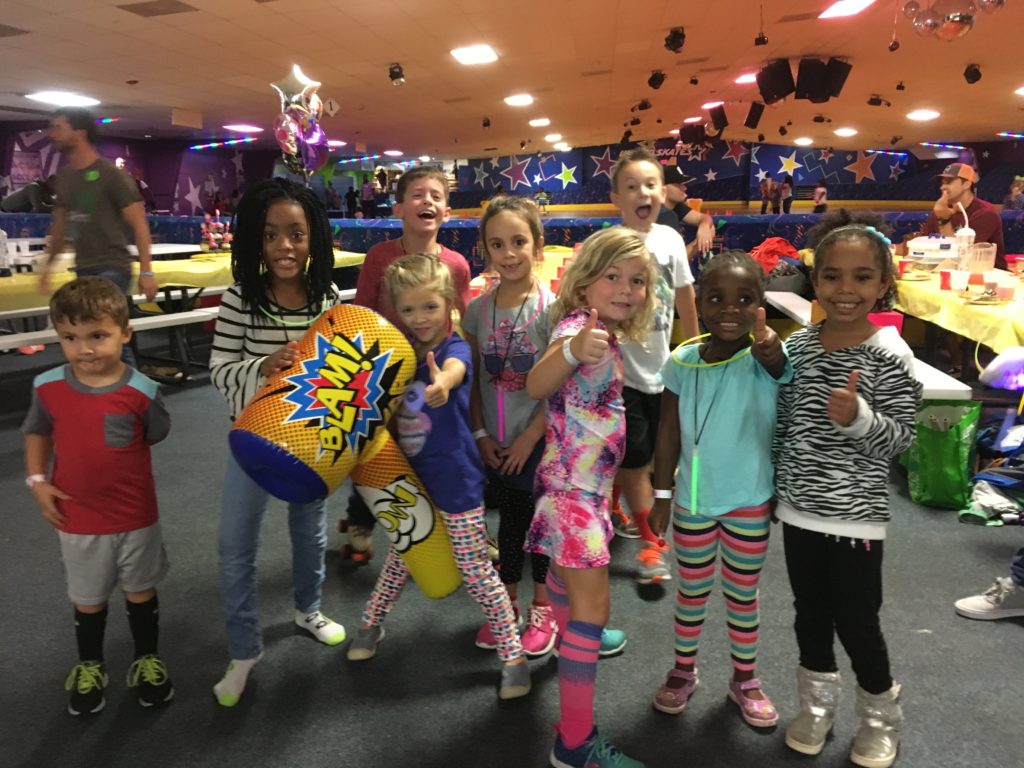